The legend of the Genba stone

There is an enormous stone in Ibuka (there are suggestions that say it may be Okada of Matsumoto city or Mt. Yamabe).The stone was believed to be perfect to place on the side of the Taiko gate, and so lord of Genba, Yasunaga Ishikawa himself climbed the stone and brought it to the castle.

However there were some people who were dissatisfied, in the group that was supposed to transport the stone.Yasunaga Ishikawa jumped off from the stone when he heard this, and called the man who had muttered these complaints. Then he chopped his head off in front of everyone.Yasunaga grabbed a spear, stabbed the head with it, and raised it high up in the air. Then he jumped back onto the stone and ordered, “Now, pull!” and made the workers pull the stone. 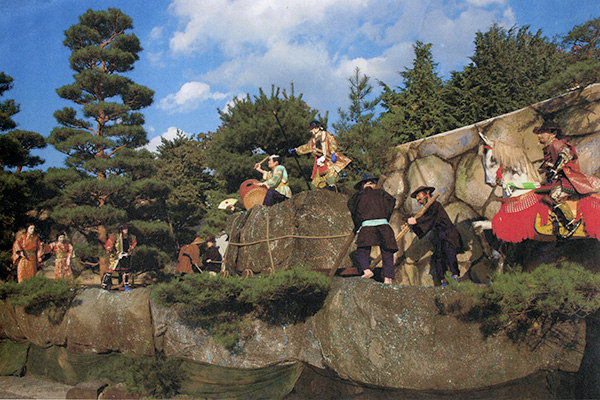 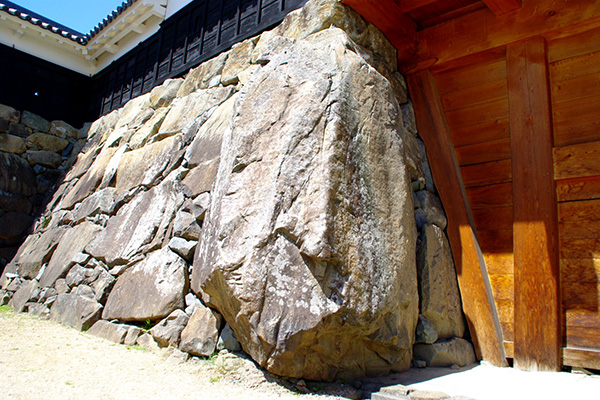 Since then, although they do not know exactly who started calling this stone with this name, the stone is called the Genba Stone.

A rock with this kind of name is extremely rare.