The legend of the 26 night gods

The night of the 26th day of January in 1612 (the 4th year of the Genna era), a leap year, was the first year of Yasunaga Toda’s reign in the Matsumoto Castle. Hachirousaburou Kawai, the head samurai of the firearm troop, was on guard for the night.

Just as the moon appeared, Hachirousaburou heard someone calling his name.He turned around and saw a beautiful princess with a red hakama (a Japanese skirt for formal wear).Hachirousaburou instantaneously bowed down before her.

The princess gave him 3 bags while cautioning him, “From now on, worship the 26th night god, and cook 3 Goku, 3 To, 3 Shou, 3 Gou, 3 Shaku (there were all units for counting the amount of rice) of rice, and the castle will prosper. But do not open these bags,” and disappeared above the castle tower. 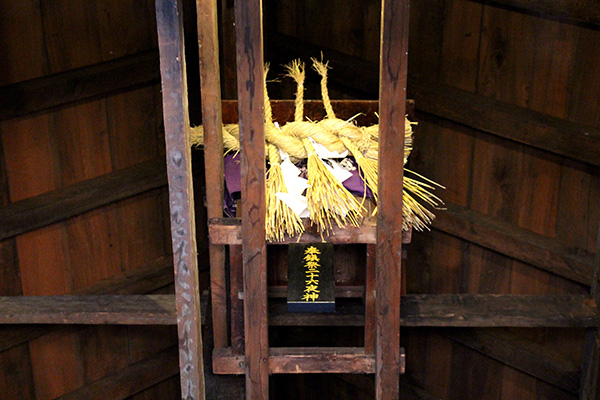 Hachirousaburou reported this incident to the lord, Yasunaga. Yasunaga decided to worship the 26th night god as he was told, and every 26th day of the month he offered mochi to the god and prayed.

In 1727 (12th year of the Kyouhou era) when the main enclosure of the palace was on fire, the castle tower did not burn at all, which is said to be a miracle by the 26th night god.