The legend of the artisan that elongated the beams

One carpenter showed up during the middle of the construction of the Matsumoto castle tower. However he did not do any sort of work, and just continued to carve cotter pins, used to join two pieces of wood.

The construction advanced and it was time to assemble the castle tower. The workers had to raise the beams what will hold up the roof and fixate other pillars.But an unfortunately the beams were about 15 cm short of the length that they had to be in.

The assembly was suspended, and the workers were all pale from shock.The carpenter who was watching all this proclaimed that he will elongate the beams. He had the 100 carpenters separate into 2 groups in the west and east, and had them pull a rope tied to the end of the beams. The man stood in the middle of the beam and at just the right moment, hit the block of wood once, twice, three times with his large mallet. Then the carpenter said this, putting the mallet down.”Okay, now its about 15 cm longer” 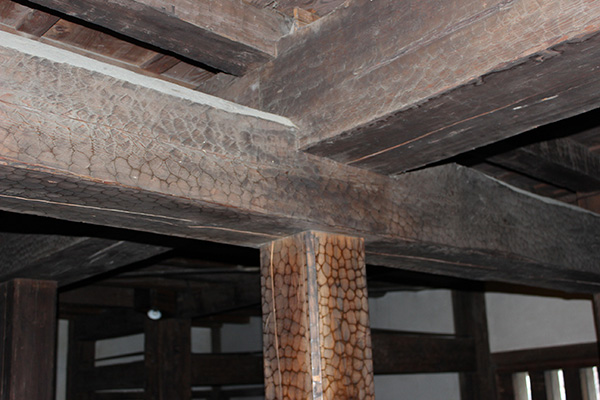 When the workers checked the length of the beam, it was exactly 15 cm longer than before. All of the workers were astonished by the carpenter and praised him for his miracle. The assembly was then finally completed, and the carpenter was respected by all the other workers as a master carpenter.