Structure of the castle town 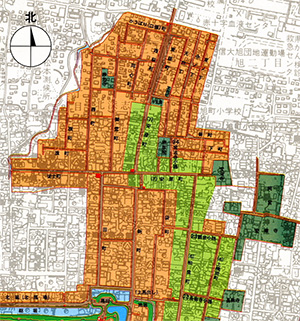 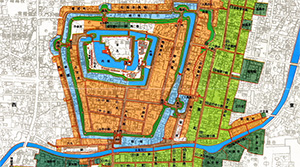 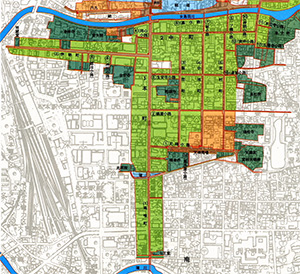 As there were not enough residential areas for warriors in Sannomaru, the number of residences were gradually increased outside Sannomaru. These are the east area along the outer moats and the north part of the castle town. Please see the “establishment of castle town” section for the information regarding the expansion of these areas. In the area expanded to the north, there were residences for lower-class warriors including “kachi” and “ashigaru.” Also, there were some warrior residences in the areas where merchants lived.

The areas for temples and shrines

The residential area for merchants spread out vertically along the Zenkō-ji road. There were three main towns called “Honmachi,” “Nakacho” and “Higashicho,” connecting with 100 towns having 24 alleys linked with each other. The following table shows the relationships among the roads.