Dai-tenshu (Keep of the Castle)

Proceeding to the Musha-bashiri passage, items are displayed in several cabinets. This includes wood and materials replaced during the Showa repair work.

On the 2nd floor of the Keep, “Matsumoto Castle Gun Museum” is placed in which primarily matchlocks guns are displayed. In this museum, some of the 141 matchlocks and other battle equipment donated by the late Akahane Michishige and Akahane Kayoko, a couple born in Matsumoto are exhibited.Some of them are also listed in the Collections pages. 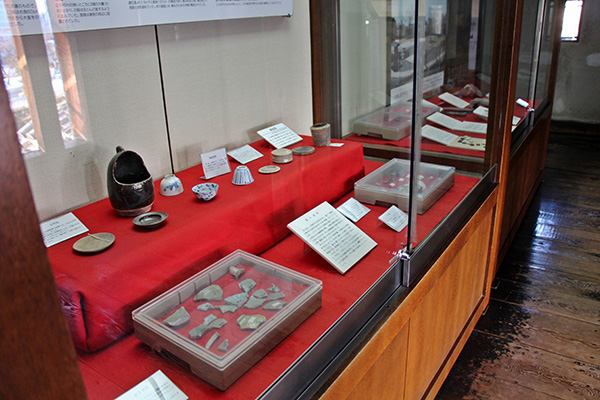